Deprecated: Methods with the same name as their class will not be constructors in a future version of PHP; WPAC_Nav_Menu_Widget has a deprecated constructor in /home/zsjuquivuuol/public_html/wp-content/plugins/wordpress-access-control/default-widgets.php on line 25
 Women of the 1960’s – NAWGJ WA
Skip to content

Washington Gymnasts Who Competed in College - Women of the 1960's 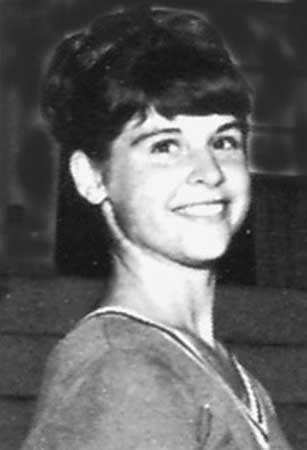 Graduate of Roosevelt HS. Trained at the Seattle "Y". 1964 UW team member - went to National College Championship with the team that placed 2nd in 1966 and 1967. Was on the 1968 Seattle Gymnastics Club team that toured Asia. Taught PE at Roosevelt High School.

Karen started competing in the 7th grade on the Mercer Island tumbling team. She transferred to the UW after competing in Minnesota at Gustavus Adolphus on their very first gymnastics team. Karen became captain of the team, which took 2nd at the first ever Collegiate Women's Invitations Gym Meet. (Southern Ill.)

Started judging while still at UW. She went with George Lewis and his team to USGF Nationals. A judge didn't show up, so Jackie Kline Fie had Karen judge. The next year they sent her to the Pan Am Games and then the FIG course in Madrid!
Coached at Ingelmoor High School from 1968 to 1976. Won King-Co every year and won 3 State Championships.
Became Brevet judge in the early 1970's.
Judged the 1984 Olympics.
USGF/USAG Regional Technical Director 1971-1995.
Goodwill Games, Seattle, 1990 Technical Director.
Charter Member of NAWGJ.
Karen was inducted into the WSGCA Hall of Fame in 1998.
USA Gymnastics WA Hall of Fame 2004.
(Died 2014)

Graduated from Highline High School in 1963. Married UW Husky gymnast Eigel Flaathen from Norway and moved there and coached Olympic members. Was set to go train nationally but fell on bars and hurt her back and was in a cast. Took ballet because she could still use her legs. Carol did Irish Step Dancing as a competitor.